Tasting Australia is a celebration of the wonderful food and wine South Australia has to offer. Over eight days our food producers get together to showcase our local produce, our amazing producers and talented chefs and cooks, plus so much more.

This culinary festival has been operating since 1997 and from this year it will now become and annual event.

Tasting Australia runs a food and travel bloggers forum – Words to Go. This year was only the second time it’s been held and I had the opportunity to attend.

Sunday May 1st saw the opening of Tasting Australia with Ford on the Road. What a wonderful atmosphere it was! See my post here.

That night we kicked off with welcome drinks at the Town Square. 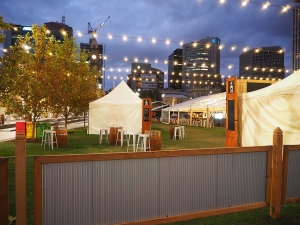 Words to Go Program Director Amanda McInerny hosted us and held an informal chat with chefs Jock Zonfrillo, from Orana, Blackwood and Tasting Australia ambassador, and Matt Orlando from Amass in Copenhagen. 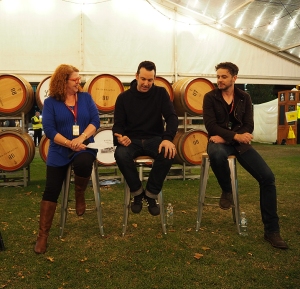 They chatted about their food philosophy and the event they’ll be involved in for Tasting Australia – a dinner they still hadn’t devised the menu for! But they had plenty of time to forage and plan with local in-season ingredients. 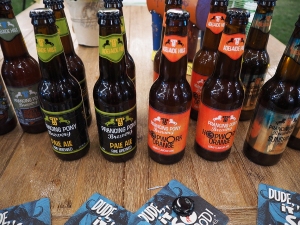 … and Clean Seas and Hirama SA Kingfish, and sliders from Thomas Farms Kitchen. 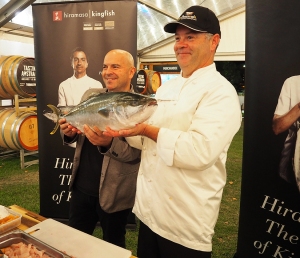 It was a nice warm welcome for all delegates and lovely to catch up with fellow bloggers from interstate and overseas.

Our first full day kicked off with a coffee…

We had an excellent array of speakers for the day with the MC Deputy Lord Mayor of the City of Adelaide, Megan Hender doing an excellent job keeping everything running to time. 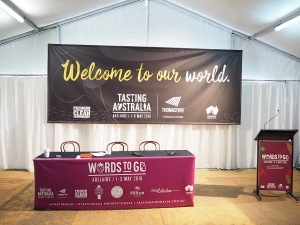 First up was American journalist and writer Mark Kurlansky, author of Cod, Salt and The Big Oyster (among many). Just getting over his jetlag, after travelling from New York, he discussed the art of story telling. He told us about his book Cod. You would think he loves cod, especially as he wrote a whole book on it. But no. He doesn’t like it and doesn’t want to eat it, but it was a good story to tell. 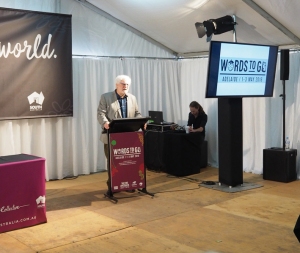 Following Mark was local award-winning journalist Max Allen, a very animated speaker! He gave us tips on pitching stories and explained the biggest mistake people make is being a ‘shit writer’. 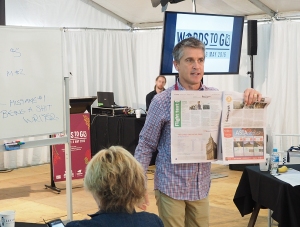 We took a break for morning tea which was supplied by Golden North ice cream – a wonderful South Australian ice cream producer.

Getting back into the next session, we were lucky enough to learn from Steve Huddy from Canon Australia. He talked cameras and getting the best shot including background and lighting. And practicing a lot! 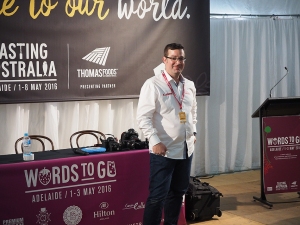 Alison Hassel from the South Australian Tourism Commission joined us to talk about media famils, what’s expected including social media interaction and how to keep your independence.

Breaking for lunch we headed to Town Square. I enjoyed a ‘Taste of Eyre’ plate including kingfish carpaccio, tuna sashimi wonton, bbq paws, marinated mussels and a fresh oyster, for $20 and all from Eyre Peninsula. 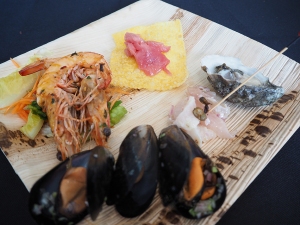 Another in our group enjoyed a Fleurieu cheese box…

… while another had the lamb tagine with couscous.

After lunch the speakers continued with Jennifer Lam from the blog I ate my way through and PR and digital marketing agency The Bamboo Garden. She inspired us her story of turning a hobby into a business. She was so passionate talking about her business and what makes her come alive. 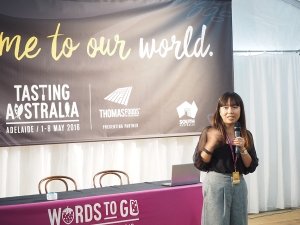 Thang Ngo followed on talking about analytics. He’s a fellow food blogger from Noodlies, but also Managing Director of Identity Communications. He gave us a few insights into different tools to use to measure analytics.

Afternoon tea was provided by the talented students in the kitchen at Le Cordon Bleu. A stunning array of pastries, tarts and sweets. 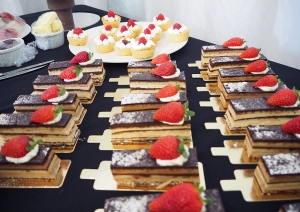 And joining Thang for the second part was Jacqui Lim from Jacqui’s food fetish, to talk about niche blogs. Jacqui spoke about her blog – to tackle the Gourmet Traveller Top 100 restaurants. She had a few stories to share about her eating experiences and I’m pleased to see that in the last few days she’s completed the Top 100! Congratulations Jacqui! 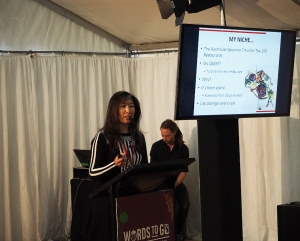 We finished off the day with Dr Roger Haden, Academic Director with Le Cordon Bleu. He spoke about using language precisely and aesthetics i.e. the process of (multi) sensory contact with the environment. How we are affected (emotionally or corporeally) by that encounter. Very though provoking.

After the final speaker for the day, we headed to dinner. But before that a cocktail at the Collins Bar at the Hilton…

Check out my next post on dinner at Coal Cellar + Grill.

** I was an invited guest.  With thanks to Tasting Australia and the South Australian Tourism Commission.