I love cheese and would often forgo dessert if a cheese plate were on offer.

So you can imagine how ecstatic I was about being treated to a cheese board for the media launch of the Westfield Home Food Wine weekend, starting tomorrow (11-12 October). 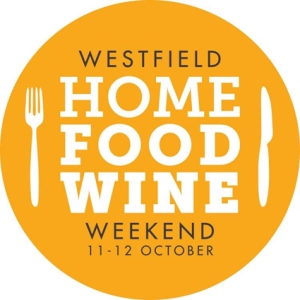 Out in the mall at Westfield Marion, we were seated at a long, elegantly set table with pretty bouquets of flowers, platters of chocolate covered strawberries and cheese boards for each guest. The heady smell of the cheese made my mouth water ever before sitting down. 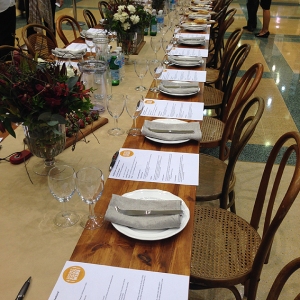 The host of the event and runner up of MasterChef Australia 2014, Laura Cassai, introduced us to David from The Cheesemonger at Westfield Marion, Marty from Murray Street Vineyards in the Barossa Valley and Emma from Penny’s Hill in McLaren Vale. 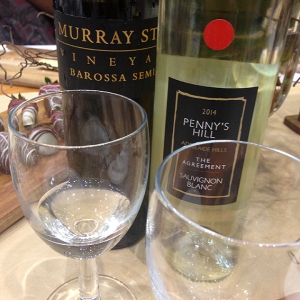 Hmm, a cheese event featuring experts from two of South Australia’s best wine regions? You know what that means: each cheese tasting was paired with a wine from one of these wineries. 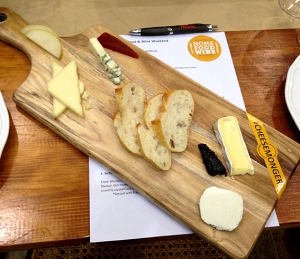 We began with the Sartori Montamore, a cow’s milk aged cheese from Wisconsin, USA. It has a rich, creamy and mildly nutty flavour with a bit of bite. This was served with fresh nashi pear, which complemented the bite of the cheese well. A Murray Street Vineyards Semillon and Penny’s Hill Sauvignon Blanc were both perfectly matched with these cheeses.

Next we tried the Adelaide Hills Chevre by Udder Delights. It’s a soft French style non-aged goat’s cheese, creamy and crumbly in texture. I placed some on sourdough bread sourced from Dough (Adelaide Central Market) and drizzled some Kangaroo Island honey over the top. This was so delicious! The combination of textures with that runny, rich, sweet honey and the earthy bread was really sensational. This was paired with a deep, dark red Murray Street Vineyards Mataro. 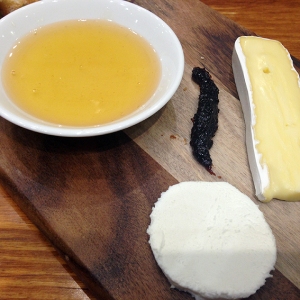 The third cheese we tried was Adel Blue, a cow’s milk blue cheese. I don’t enjoy strong blue cheeses so to my delight I found this was mild and creamy. I loved it! The Adel Blue was served with South Australian quince paste on more of the sourdough bread, accompanied with a Murray Street Vineyards Cabernet. 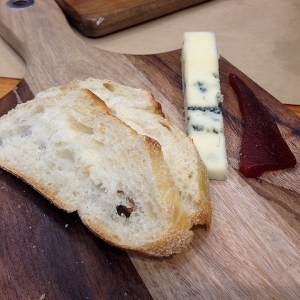 The last of the cheeses was an Adelaide Hills Brie, a cow’s milk French style Brie.   We were told that when it ripens further it can become quite strong and runny, but it hadn’t reached that stage. By now we’d scoffed the last of the sourdough bread so David from The Cheesemonger topped everyone up with long rectangular crackers. Penny’s Hill Cracking Black Shiraz was poured with this course.

I know I said I’d forgo dessert but we finished off with bright red strawberries covered in milk chocolate and white chocolate. The strawberries were sweet and juicy and the chocolate melted in the mouth. A lovely way to finish the night! 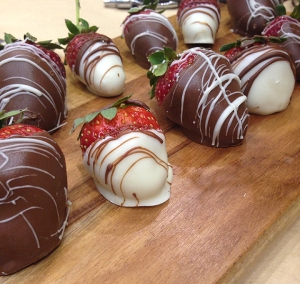 This is the first time Westfield has held the Home, Food and Wine weekend. It’s on at Marion, Tea Tree Plaza and West Lakes. Events vary from location to location, but there are wine tastings with wines from the Barossa, McLaren Vale and Adelaide Hills at all three locations.

Other events include cooking demonstrations by celebrity chefs Simon Bryant and Laura Cassai, and styling sessions with Alisa and Lysandra and Phil and Amity from The Block. And don’t miss the Bracegirdles chocolate making workshop at Marion! Plus lots of activities for the kids.

As a cheese lover, I’m definitely tempted to return this weekend and try all of them again. Maybe even the dessert… 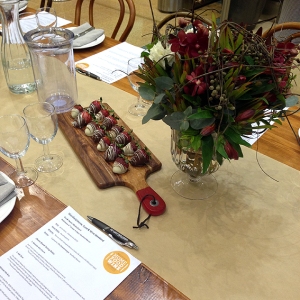